Born in Shizuoka Prefecture, 1962.
In 2011, joined Sankyo Die Casting Co., Ltd., the company founded by her father, having worked in the beauty industry for over 20 years. In 2012, the company was succeeded by her uncle after her father had passed away. The following year, Ms. Miyake unexpectedly became successor when her uncle was confronted with a sudden intractable disease after a year in office.

―Tell us how you became successor.

As business founder, my father was a very busy man. We hardly saw him at home. A man with a spirit of an artisan, he was unapproachable and not easy to talk to. It was only after he became ill that I really got to talk to him. It was so nice to find out how much he had always cared about me at the bottom of his heart and how much he had always thought about the company. I did not know he was such a talkative person. My impression about my father changed 180 degrees!

I was in the beauty industry for over 20 years as leader, but after having a good conversation with him I thought what I needed to do now was to come home and help my father. At first, I had no intention of running the business as CEO; I was only hoping to be of some help.

My father passed away on St. Valentine’s Day. That day, I went to see him at the hospital around noon, but went back home as he told me that he wanted to take some rest. It was in that same evening that we received a call from the hospital telling us he was in critical condition. I rushed back to the hospital immediately. The doctor had kept his heart beating for the family to arrive and spend his last moments together. I wish I could have talked with him more during the daytime when he was still able to have a conversation.

Things were quite hectic after he had passed away. The hospital asked us to leave as soon as possible although it was mid night. So at mid night, we had to call the funeral parlor to make arrangements to take his body home. We had no time to grieve that evening; we were so busy we did not even have any time to sleep. It ended all too soon.

My uncle succeeded the company after my father’s death. But shortly after, he became ill, which made me CEO in less than a year. 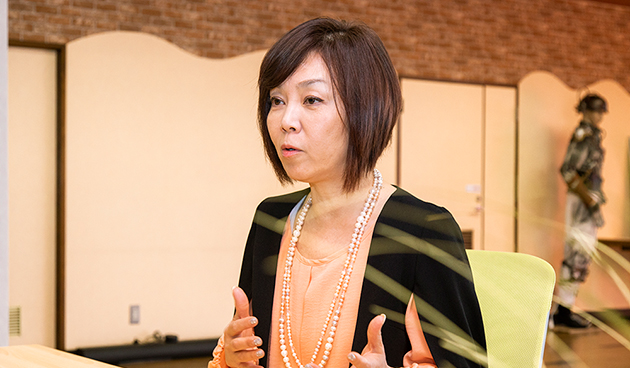 ―What made you decide to succeed the company?

At first, I had no intention to succeed. But I had a change in my mind when I saw the faces of our employees. My father always used to tell me that although the number of employees we have at our company is 140, we are also responsible for the lives of their families as well, which makes us responsible for the lives of 500 - 600 people. When my business succession became reality, at first I could hardly sleep thinking about the amount of responsibilities I had to bear. I got shivers at night, and I had no confidence in taking on such a responsible role. I did have the option of not taking the role. I don’t know what made me make the final decision to become successor, but my gut feeling was that now was the time for me to stand up and take the lead.

My mother was totally against the idea of my becoming CEO. She has seen the all the hardship my father had gone through, so she did not want me to experience the same. She tried to convince me not to take on the task with all her might, telling me “Don’t think about taking over the role of CEO. It is beyond something that you think you could manage!” But I was determined to run the business, no matter what my mother had to tell me. .

―Did you have any problem with the succession process?

Since my mother had taken good care of the bank accounts and seals, things went through quite smoothly. The only difficulty I had was activating all the frozen accounts. As it was my first time to go through such procedures, it took me time to get all the papers ready. I had to visit the municipal offices and our tax accountant several times until everything was all set. It was not easy to go through all the business succession process while running the business. I was very lucky to have a great tax accountant who worked through with me.

My father had asked my mother for the actual amount of assets he owned for inheritance when he was still well. Our tax accountant had also told us that it would be better to discuss about inheritance while he was still well, but my mother insisted to shut down on the topic completely. I guess she felt uncomfortable and inappropriate to discuss about what we would do after my father’s death in front of my father who was still well. So I did not get to know about the details of inheritance only until after he had passed away.

―What were the things that came to you as a surprise after you have succeeded the business?

When I succeeded the company, the level of our sales had dropped to half of the level before Lehman Shock; however, our loan outstanding had remained unchanged. This was not right.

So my first task as CEO was to straighten out our balance sheet. I have managed to pay back all outstanding loans which we had at the time of my business succession by reviewing various other things in addition to the state of our balance sheet.

―What were the things you found useful when succeeding the company?

I found the study session for young business owners sponsored by a local regional bank as most useful. I asked my uncle for permission to attend this session when I was still Managing Director of the company.

The content of the study session was a simplified version of something offered at MBA programs. The main attendees were young business owners in their 30s and 40s. What meant more to me than acquiring knowledge was getting acquainted with those placed under similar circumstances as myself, to whom I can talk to. At that time, I had no intention of becoming CEO, but my acquaintance there meant a lot to me. I still talk to the people that I met there when there is anything I want to discuss about. 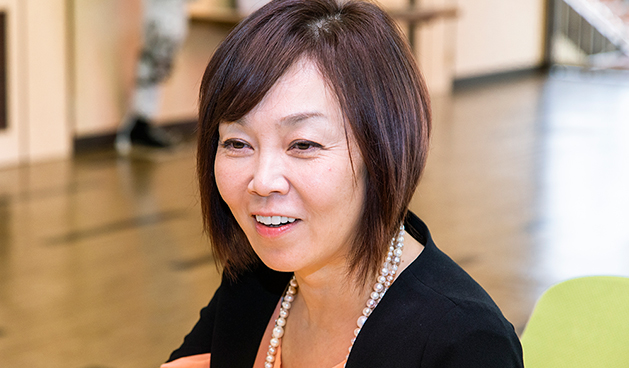 ―Have you made use of any life insurance products?

My father could not own any insurance for a long time as he had a hole in his heart from birth. Later in his life, he was able to become owner of an insurance policy, not from NN Life, that accepted those with chronic conditions but asked for high premium. As this insurance had matured before his death, we could not receive any benefit from insurance to pay back our bank loans.

From this experience, I truly think it very important for companies to review the contents of life insurance they own on a regular basis.

―What do you think would have been helpful for you to have when you suddenly became business successor?

I really had no idea what I should be doing when I became CEO. It would have been nice if there was some kind of a manual to tell me how a CEO spends his/her day. Something like a schedule flow for the day, indicating the time to come to office, what kind of meeting to set/attend, how to proceed with the meetings, etc. A list of check points and person to refer to for certain things would have been something useful to have, as CEOs do not have the time to go through every small detail himself/herself. The importance of visiting and attending the meetings held at the local chamber of commerce would also have been something worth mentioning as CEOs need to understand the company’s relationship with the local community. 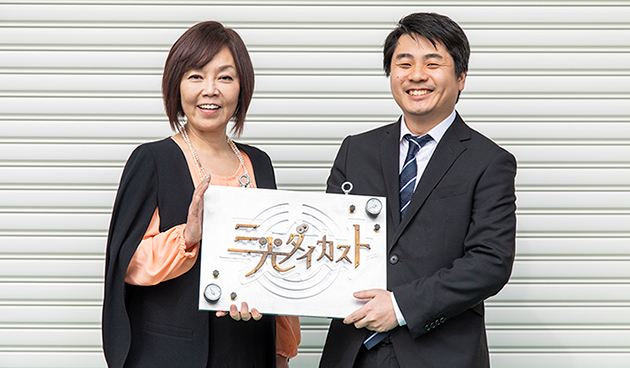 ―When did you start to feel comfortable running the business as new CEO?

Just recently! Growth in our sales figures has given me a little confidence.
The first three years were hard times for me. I really had days that I did not want to go to office because my employees were not facing the same direction as myself. It was not easy to move people’s feelings and it was not easy to make people listen to you. I had a very hard time getting along with my employees, especially during my first two years in office.

Things started to change in my third year in office, after we decided to take on the Steampunk project. The project was a great opportunity for me to establish good relationship with my employees. Working together as a team on the project helped me get close with my employees. Now I can communicate with my employees and discuss about various issues, which is something I could not think of in the beginning. I am very happy now to have strong support from my employees.

Right now, I am confident to overcome any difficulties we may encounter in the future together with my employees.